Paper has been superseded with higher security for ELN(e-Settlement) 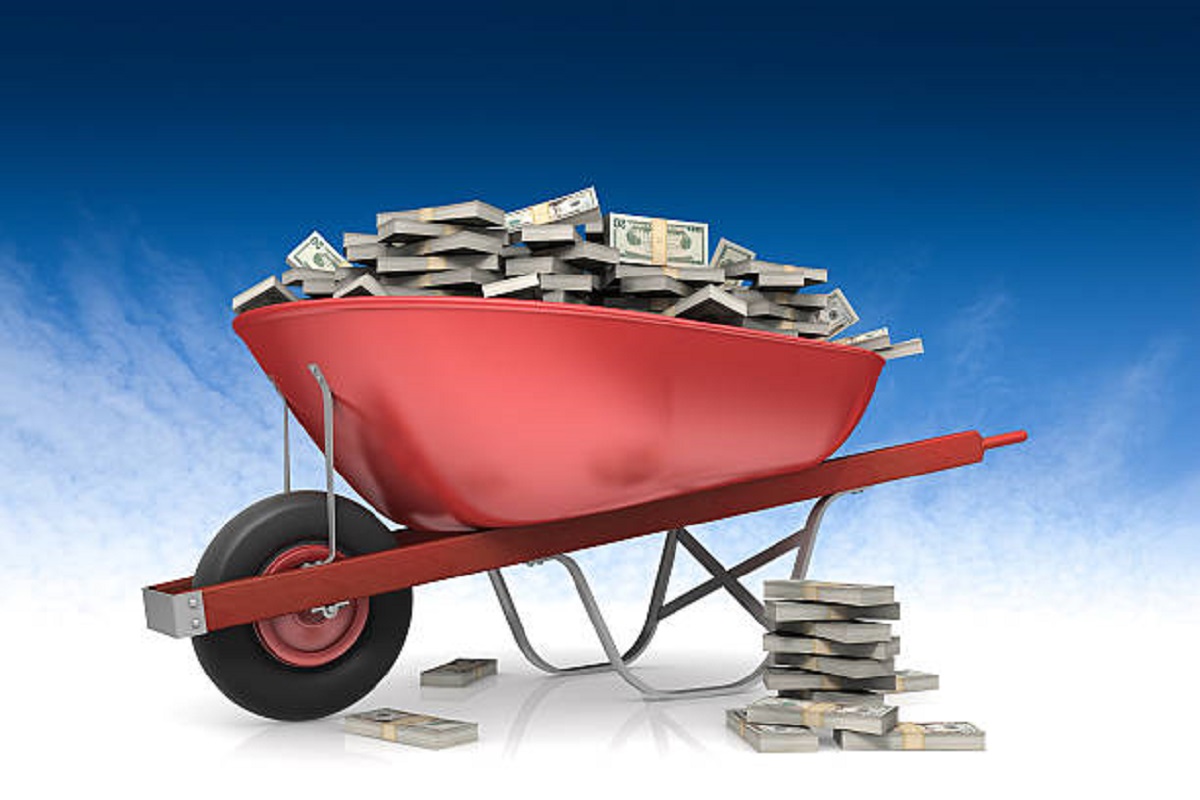 Imagine you are in the biggest city you know, on the busiest street, outside the biggest bank which you notice is surrounded with cameras and not just armed, but heavily armed security guards and some restrained but excited & vicious looking dogs.
The Bank doors open, a few moments later, from the secure confines of the building, out walks a petite and cheerful person pushing in front of them a wheelbarrow full of money, out on to the street. You immediately notice the passers-by around them, become onlookers.  As they begin to stare perhaps hope that some of those loose notes blow off the top for them to collect at their whim. But if you were to look down the dark alleyways and side lanes you might find some bigger threats to that person losing their funds.

This cheerful person is off to buy the property of their dreams, they have arranged to meet the Seller, to exchange funds for Title of their intended property purchase just a few blocks up the terrace of this same street.

You begin to notice some spectre like characters, seem to condensate, perhaps out of the side lanes and alleyways, but now just happen to be walking past, as they take more interest than they should.

Some even start to follow the obviously unaware buyer, as they pass the second block.
You noticed one or two wraith like tails now reaching into their undercoats as the cheery Buyer & full barrow passes through an open door into a somewhat safer looking place, full of people calling out for each other, to exchange ownership for funds.
You breathe a sigh of relief, they made it.  You thank your own and their lucky stars that you weren’t involved nor had to witness a robbery.

You stand up to leave but notice the same barrow again, now leaving that same building. This time it’s being pushed by a big burly looking character. You check to see, if that barrow full of money, has been noticed by anyone else.

You see that the nearest people are merely going on with their business. However, you notice those shady looking characters are creeping around  the fringes.
As they smell opportunity, they begin to circle like sharks. You want to yell out to warn the Seller but as you open your mouth to do so.
One shadow flits in and takes an unnoticed swipe at the barrow then disappears into the busy crowded street. Another flitter, like lightning flashes past the barrow.
This time the Seller noticeably more alert has looked down to see the barrow is now empty, as the circling shadows evaporate from sight.
The burly looking character is now screaming for help as most of the crowd continue on with their own business.

This is NOT what happens at settlement. Mainly because the opportunity of that style of theft is simply not available or rewarding. Since instead of barrows of cash, Buyers and Seller at least in paper/manual settlement would transfer authorised representations of money namely bank cheque (payable to one person) to exchange for Transferable registerable ownership (deeds) which need to pass stringent Verification of ID and processes to become registered at the titles office.

Now imagine that same city, but now it is multiplied exponentially, as large and the world you are in. You see the same large secure looking bank, which now has a cable running from it to the title office within each state and subscribers all over Australia. Each end has a computer, sending and receiving ones and zeros down the cable, each computer translates the ones & zeros to an operator/person, This network, in short, is called an Electronic Lodgment Network (ELN). Since it is impossible to reach an individual cable to each and every person that needs to operate or work on the Electronic Lodgment Network, there is a cable that connects the ELN to the World Wide Web (www).

But since we are now operating in full view of the entire world, those alleyways and side lanes are even more numerous & shady looking.

Perhaps use of the ‘darknet’ (built for secure & private internet usage, like browsing/surfing/shopping) often reported in the media as used by criminals, However perhaps it’s intrinsic privacy may be used for good! A possible answer to secure browsing, along with security products like BankVault and safewindow, might be an answer for those security conscious web surfers, perhaps someday our digital certificates would be made compatible with private TOR browsing and Bankvault style security products to become usable on the ELN?